ANNOUNCEMENT BY THE SYNOD OF BISHOPS

On Tuesday, 4/17 May, 2022, the 15th anniversary of the restoration of the fullness of Church unity within the Russian Orthodox Church, and the eve of the anniversary of the enthronement of His Eminence Metropolitan Hilarion of Eastern America and New York, First Hierarch of the Russian Orthodox Church Outside of Russia, a session of the Synod of Bishops of ROCOR was held, presided over by His Eminence Metropolitan Mark of Berlin and Germany.

The members of the Synod of Bishops of the Russian Church Abroad announced with great sorrow that on 3/16 May, the feast day of St Theodosius, Abbot of the Kiev Caves, Metropolitan Hilarion reposed in the Lord.

In connection with this, it was DECREED:

1. To call upon the episcopacy, clergy and the entire faithful flock of the Russian Church Abroad, during the Paschal season, to commemorate the name of His Eminence Metropolitan Hilarion in all churches of the Russian diaspora during the augmented litany of Divine Liturgy as follows: “Again we pray for the blessed and pious Orthodox patriarchs, for pious kings and right-believing queens; and for the founders of this holy temple and the newly-departed Metropolitan Hilarion and for all our fathers and brethren gone to their rest before us, and the Orthodox here and everywhere laid to rest” On Friday, 11/24 June, on the fortieth day of the repose of His Eminence, to perform a pannikhida.

2. To celebrate a hierarchal Divine Liturgy on Saturday, 8/21 May, at 7:30 in the morning, at the Synodal Cathedral of Our Lady “of the Sign,” followed by a monastic funeral at 10:30 (white vestments). The burial shall be performed on Sunday, 9/22 May of this year, at 3 o’clock, at Holy Trinity Monastery in Jordanville, NY.

3. The name of His Eminence Metropolitan Mark of Berlin and Germany shall be commemorated during divine services in all churches of the Russian Church Abroad immediately following the commemoration of the name of His Holiness Kirill of Moscow and All Russia.

4. To request Metropolitan Mark of Berlin and Germany to temporarily receive under his omophorion all churches, monasteries and Church establishments which have stavropighial status under the direct authority of the President of the Synod of Bishops.

5. To appoint as Acting Ruling Bishop of the Eastern American Diocese His Grace Bishop Nicholas of Manhattan, whose name shall be commemorated during divine services in all churches of said diocese immediately following the name of the President of the Synod of Bishops.

6. To appoint His Grace Bishop George of Canberra as Acting Ruling Bishop of the Diocese of Australia and New Zealand, which had until now been under the omophorion of the late Metropolitan Hilarion of blessed memory, whose name should be commemorated during divine services in all churches of said diocese immediately following the name of the President of the Synod of Bishops.

7. On Friday, 7/20 May, to make determinations on the scheduling of a Council of Bishops and other urgent matters in Church life.

+ Archbishop KYRILL of San Francisco and Western America,
Secretary of the Synod of Bishops 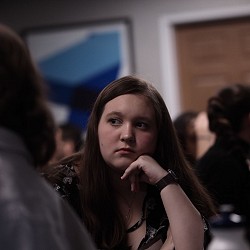 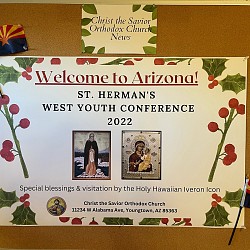